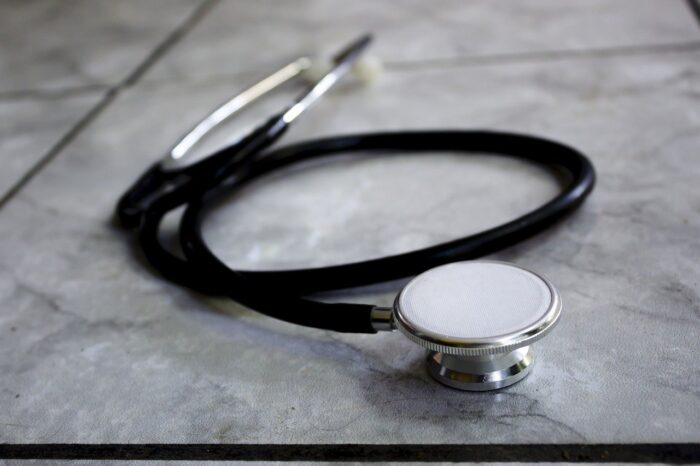 Beverly Ross: ‘It takes a special doctor to fight with you. That’s a blessing.’

Beverly Ross has spent a lot of time fighting sarcoma, and during that time she’s learned a lot — and wants to share it with other people who are in the same battle.

Ross’ journey, which she shared with the Henry Ford Health System, started when she noticed a spot of discoloration on her thigh. It concerned her enough that she made an appointment with her doctor, who ordered a biopsy of the area.

When the results came in, it was confirmed that Ross had sarcoma, a type of cancer that develops from certain tissues, like bone or muscle.

The first sarcoma specialist Ross met with in Metro Detroit came up with a treatment plan that caught Ross off guard.

“He wanted to amputate my left leg because the tumor was in my thigh,” Ross said.

Ross’ caregiver, Donna, suggested she get a second opinion, which led them to Dr. Michael Mott, a Henry Ford orthopedic surgeon who specializes in bone and musculoskeletal cancer.

“When I met Dr. Mott, he told me that he would save my leg and that amputation wasn’t necessary,” Ross said.

Mott decided on a course of treatment that included surgery to remove two muscles from Ross’ thigh.

Though Mott said the surgery could leave Ross’ leg permanently stiff and unable to bend, she had gained 75% mobility less than a year later.

But five years after her initial diagnosis, Ross’ sarcoma returned in her hip.

“Dr. Mott was so encouraging,” she said. “He was so positive and told me, ‘We can take care of this, Beverly.’”

“That was the hardest time for me,” Ross said. “I wanted to do nothing more than to go home and sleep, but I never did. Instead, I asked my daughter LaToya to take me somewhere, or to the store, on the way home from treatment to socialize with others, before committing to a few days of bedrest.”

Ross, in an attempt to keep herself busy, enrolled in college.

“I made all As and got a degree in social work,” Ross said.

After chemo, Mott recommended surgery for Ross, based on the tumor size.

The surgery was a success, but at a follow-up appointment, Ross told Mott she was experiencing pain on the right side of her spine. Through testing, Mott discovered two tumors — one on Ross’s spine and one in a spot near her heart.

“The doctor doesn’t know your body as well as you do,” Ross said in this article. “You have to tell him or her how you’re feeling so they can help you.”

Now, Ross can proudly say she is a sarcoma survivor.

“It takes a special doctor to fight with you,” Ross said. “That’s a blessing.”

She credits her medical team, family and friends for her successful journey.

“My daughter LaToya was by my side while she was caring for her 3-year-old daughter,” she said. “My oldest daughter, Monique, and granddaughter traveled from Arizona during my treatment. My niece, Shanda, drove me from Mt. Morris to my appointments. And my friends, Donna and Diane, kept me in good spirits and were always there for me. My brother, Anthony, would drive all the way from Chicago while I stayed in the hospital for my chemotherapy, just to make sure I ate at least four times a day.”

After her long journey, Ross has some advice for others going through treatment.

“Keep pushing through, and go out and do something whenever you can.”

Pharmacy Advantage aims to transform lives and communities through health and wellness.